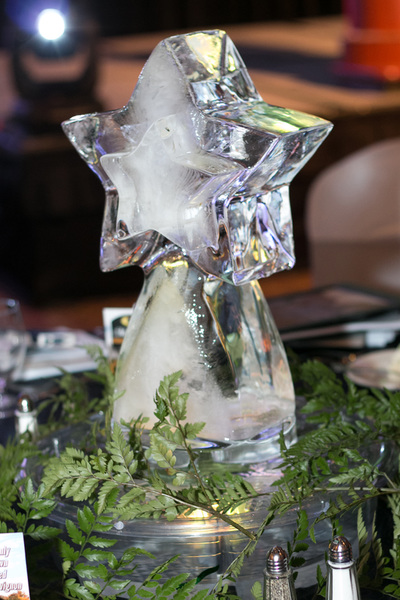 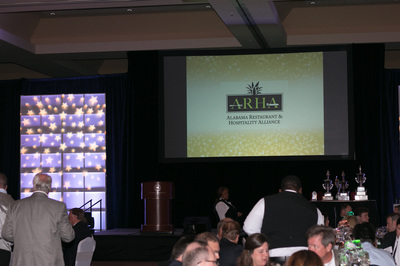 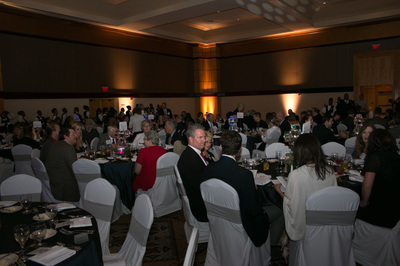 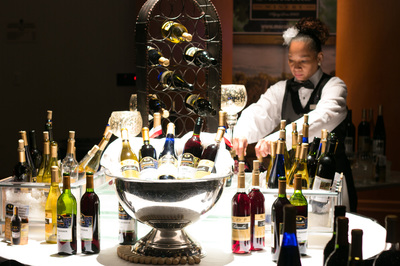 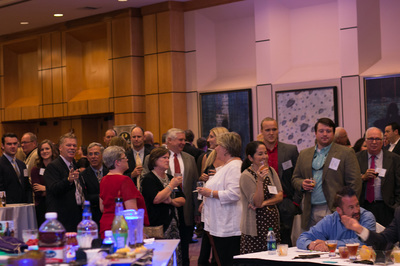 Click here to view full Flickr album.
The winners of the 2015 Stars of the Industry awards were recently announced at the Sheraton Hotel Birmingham. Over 300 guest attended the 16th annual awards dinner hosted by the Alabama Restaurant and Hospitality Alliance (ARHA). The Stars of the Industry awards honor the “best of the best” in Alabama’s lodging, tourism, and restaurant industry.

The event began with an elegant reception while the finalists competed in the state Bartender of the Year competition. Guests enjoyed a fabulous dinner prepared by Executive Chef John Melton with a wine bar compliments of Maraella Winery.

Eunice Elliot, traffic reporter for NBC 13 Birmingham and stand-up comedian, served as the emcee for the evening and the Shaun Pezant duet provided live musical entertainment.

The Stars awards are peer-nominated and winners are selected by the Stars committee. There were over 80 nominations submitted and the winners in each of the fifteen categories were presented with trophies by ARHA Board Chairman Brandt Tucker at the dinner.

The winners in each category are as follows:

Additionally, a portion of the proceeds from this event goes to the ARHA Foundation.